Find out how much it costs to install a power shower. In this article you'll find a breakdown of shower installation prices making it quick and easy to get a price in mind before hiring a shower fitter. 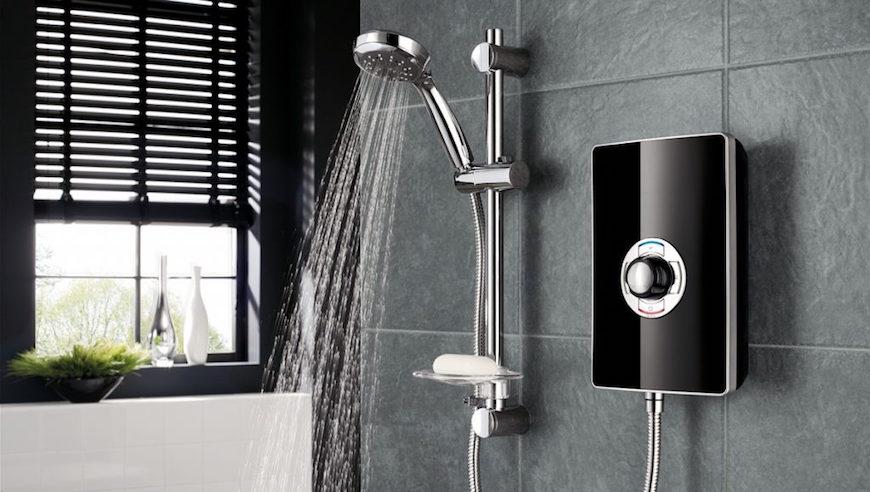 How Much to Install an Electric Shower?

The average cost to install a new power shower is typically around £500. The typical price may vary greatly depending on location, cost of the shower and if any extra pipework is required. If looking to replace an existing power shower, prices can be around £300.

The standard plumber will often charge £150-£200 a day. The installation of the power shower will usually take one day to complete but may take two days depending on if any extra pipework is needed.

Below are some estimated costs of hiring a tradesman to install a power shower:

This article is part of our series into bathroom, plumbing and electrical prices you can expect to be charged for work in the UK. A power shower uses both hot and cold water, plus an electrical pump to increase the water flow. This gives you more control over temperature and water pressure. Whereas an electric shower is usually just fed by cold water, which is then heated by a coil internally. Electric showers often suffer from lower water pressure as there’s no pump in the system so they rely 100% on the mains water pressure.

Manual controls are the norm for most power shower installations, you can of course get automatic controls, but these are more expensive, though are easier to use, just set the desired temperature and they will automatically adjust the so the temperature stays constant. The type of power shower system that will best suit your home depends on your hot water system, specifically whether the hot water is used solely for the bathroom or is shared with other people at the same time. The most common reason for installing a power shower is unsurprisingly, poor flow rate.

Power showers are secured to the wall and connected to the main consumer unit. It is vital that the power shower has its own direct connection to the consumer unit (fuse box) and not just connected to an existing circuit for safety reasons. Usually a ceiling mounted cord switch is fitted so you can cut power to the shower unit from the bathroom (In accordance with BS7671, the wiring regulations and part P of the building regulations state that a means of electrical isolation is required for all electrical showers.

This is normally via a ceiling mounted double pole isolation switch, which must not be reachable whilst using the shower. these isolation switches need to be installed by a qualified electrical engineer). The water supply is simply taken from the existing pipework to the existing bath or shower. be very careful when gathering quotes, it is not unknown for cowboy tradesman to insist that it is "OK" to just connect the power shower electrical supply to the ceiling ring rather than creating a new circuit from the fuse box, if the shower is connected in this way then it would be cheaper, but it will not meet current building regulation requirements (Part P).

Electric showers are very efficient in terms of water heating, as they only heat the water which is used. Plus, the flow rates are generally lower. Whereas pump-assisted power showers have to use water from a domestic hot water tank heated by the household boiler (or directly from a condensing boiler). In terms of energy consumption, a power shower which uses modern gas central heating boiler is very efficient, though an efficient electric shower is still slightly more economical, but the difference is running costs is hardly worth mentioning.

Be wary of those recommending booster pumps to enhance water pressure. A shower booster pump may only be used on a gravity fed system where the supply to the pump comes from a header tank (usually in the loft). It is in contravention of Water Bye Laws to try and increase the pressure of a system directly fed from the rising main.

Therefore, if you have a mains pressure water system you cannot add a pump in an attempt to make it more powerful. You specifically must not attempt to increase performance by adding a pump ahead of the boiler to increase incoming water pressure and flow directly from the main. Booster pumps are designed to take a low pressure feed and boost it to a more meaningful and useful pressure, pressures can build up in a mains supply and are likely to blow seals, so connecting your booster pump to a mains supply will invalidate its warranty.

A gravity water system is really the only type of water system to which you may fit a booster pump, in this application it will normally increase the water pressure substantially. Modern combi boilers are not compatible with pumped power showers. Combi boilers heat water from cold as it flows through the heat exchanger and the water temperature is regulated by controlling the flow-rate of water through the boiler. If you pump water faster through a combi boiler, then it will flow too fast to be heated up to the required temperature. So you can’t have a pumped shower with a combi boiler.

The most important thing to realise about power showers is that they do not heat the water, they merely pump it. They are basically pumps with an integral mixer valve. Power showers are suitable for installation with low pressure stored hot and cold water, but not combination boilers or un-vented high pressure storage systems. They should ideally be fed by their own dedicated hot and cold pipes to ensure the flow of water to the pump is constant and not affected by other appliances calling on the supply. There will be a minimum head required by the shower manufacturers which usually means that the supply tanks need to be in the attic.

Another consideration when choosing between electric and power showers, is that modern electric showers have a very heavy duty power supply cable as they use a lot of juice, too much in fact for most old type fuse boxes and even some modern consumer units. Be aware that if fitting a high power electric shower, you may also have to upgrade the consumer unit.

Cost to install a power shower

A new power shower fitted will require extra plumbing and power supply work. Hot and cold pipework plus a suitable electrical supply to the bathroom will be required. As most bathroom walls are tiled, there will likely be a small amount of tiling also required to make good any damage caused during the installation process.

Typical costs for this work are around £500, assuming a typical mid-range power shower unit. The price includes supply and fit of the power shower unit, but excludes VAT. Replacing an existing power shower would be slightly cheaper as all the pipework and electrics are already in place, so a straight swap, one product for the other. Say around £250 including labour.

The Cost To Install a Power Shower

The Cost to Install or Replace an Extractor Fan

The Cost to Fit a Heated Towel Radiator

The Cost to Re-Grout the Tiles in a Bathroom

Cost of Tiling or Re-Tiling a Bathroom

The Cost Of Wet Room Installation

The Cost Of Supplying & Retiling A Shower

The Cost to Replace a Toilet

The Cost of Fixing a Blocked Toilet

The Average Cost of Installing an Outside Tap

The Cost of Installing a Digital Shower