The Cost to Install a Soakaway

All you need to know about the associated costs of installing a soakaway including materials, labour and time frames. 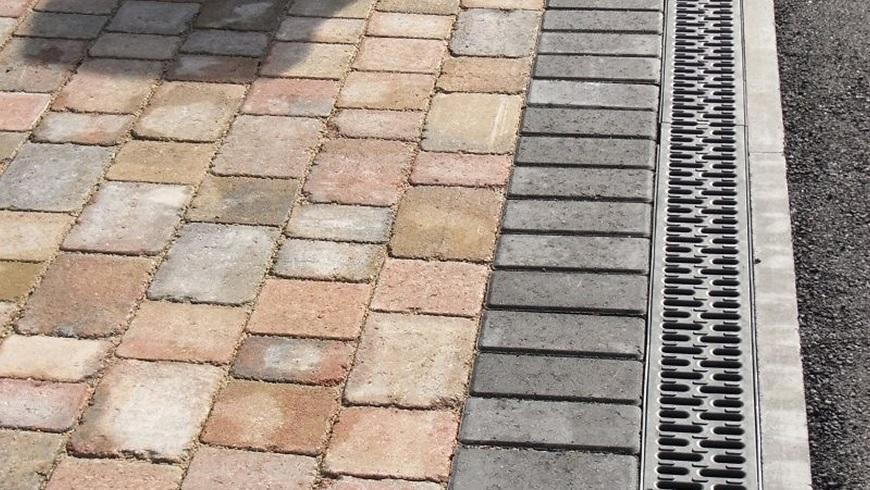 This page is all about soakaways, answering the questions what is a soakaway exactly and how much do they cost? A soakaway is a large hole that traditionally was filled with large bits of debris such as bricks and hardcore, but today a better system is used known as modular attenuation cells. These cells resemble old milk bottle crates and are made of lightweight plastic with a high void ratio which allows them to be buried in the ground to provide a storage area for water, allowing it to slowly percolate into the surrounding soil. Because these crates are also strong, they can be buried under a layer of soil and grassed over. The crate system does not get blocked with silt quite so easily.

Rainwater either from roof guttering or a drainage channel a number of reasons why you may need a new soakaway. First of all, soakaways often become blocked or even occasionally collapse due to the weight above them. Alternatively, if you have extended your home sometimes the extra rainwater may be too much for your existing soakaway to cope with. Current building regulations require that when having a new driveway or patio, you must allow for the adequate drainage of surface rainwater within the property boundaries. A soakaway is the perfect answer to these regulations.

The removal of an existing soakaway and replacement with a crate based system, assuming the hole and pipework is through a lawn or similar and not a driveway, would entail digging up the existing drainage pipe then laying gravel into the base of the trench. Next the old soakaway would be dug up to a depth of 1.2 metres and a water permeable test would be carried out to ensure the water actually soaks through soil (this won’t work with some clay based soils). Then gravel is laid into the base of the hole followed by crates and new drainage pipes connected to crates. Finally, membrane would be laid over and around crates and then everything would be covered up with top soil and then the soakaway drainage pipe would be connected to the rainwater downpipe.

Soakaways store the immediate storm water run-off, acting as a buffer to prevent surges of rainwater overwhelming the drainage systems and causing floods. They allow steady infiltration of storm water into the adjacent soil. The time taken for complete discharge depends upon the soakaway shape and size, along with the soil characteristics.

Soakaways are very popular with planners as they are one of the key technologies for SUDS locally rather than being diverted into the already over-burdened sewer systems. It should be noted that soakaways rarely work on heavy clay soils. In fact, the two determining factors for soakaway success are the size of the area and the percolation rate of the soil. Another point to consider is the water table or saturation line. The upper level of the groundwater that is naturally held within the soil. As in waterlogged sites, it is often found that the water table is exceptionally high and in cases such as this, a soakaway will not work and will in fact become just a hole full of water.

Cost to Install a Soakaway

The average cost to fit or replace a soakaway is typically around £700-£1000 with the price depending upon numerous factors including whether or not your soakaway will be installed under your lawn or driveway. Other factors include what type of soakaway you choose (the old fashioned way or with the modern plastic crates) and your location.

A soakaway specialist will often charge around £150 to £200 a day in labour costs. The tradesmen will likely work in pairs to fit a soakaway and shouldn't take any longer than a day in most cases to complete the work. If the soakaway is to be installed under a driveway then expect it to take 2-3 days.

Below are some estimated costs of hiring a tradesmen to install a soakaway:

Individual costs for hiring a tradesman to install a soakaway under a lawn - Total Cost: £700

How long would it take to replace a soakaway?

It would take just over half a day for two people to dig up an existing soakaway and lay a new one, assuming the soakaway was under a lawn or flowerbed and not a patio or driveway. If located under a hard surface, then it will take significantly longer as large sections of the driveway/patio would need to be dug up and repaired again afterwards.

How much does it cost to have a soakaway replaced?

Again assuming a typical soakaway under lawn then expect to pay around £600-£700 for the old soakaway to be dug out and a new one installed.

How will I know if I need a new soakaway?

Generally, a sign of a failed soakaway is that the system will be failing to discharge water at the normal rate which will lead to poor drainage and eventually localised flooding which can cause the guttering to flood and then water getting drawn up via the roof felt into the roof joists causing rot and penetrating damp.

Do I need planning permission to have a soakaway?

Repairs and rebuilding an existing soakaway will not normally require planning permission. But Building Regulations do require you to adequately dispose of storm water from the property so you must consider the use of a soakaway in all cases to try and ensure water is dispersed into the ground evenly and quickly. Simply discharging storm water directly into a drain will only be allowed if soakaways are not suitable.

If creating a new soakaway, then a survey will have to be carried out in accordance with BRE Digest 365. The calculation process for this is quite complicated so you should seek professional advice when planning a soakaway. You will find that when you seek planning permission for a range of permitted developments, such as installing a driveway, you will almost certainly be required to have a method in place to deal with the drainage from the driveway, a soakaway is a fairly common way to deal with this additional surface water.

Does the new soakaway require any maintenance?

A soakaway doesn't really require any maintenance, with the exception of checking the structure every few months for silt build up or contamination. Any build-up of silt and debris at the base of the soakaway can be removed manually during dry weather when the soakaway is empty.

Older soakaways will sometimes cease to function because the structure has become blocked with debris and muds. The most effective way to resolve this is simply to dig out the structure and re-build it again, using chambered soakaways that have been partially filled with gravel or rubble, although it is sometimes possible to remove the accumulated materials to rejuvenate the soakaway, it is usually quicker just to rebuild it anyway.

The Cost of Drain Unblocking and Jetting

The Cost to Install a Soakaway

The Cost of Installing a Septic Tank

The Cost of Emptying a Septic Tank

The Cost Of Removing Drains For An Extension

The Cost of Moving a Drain